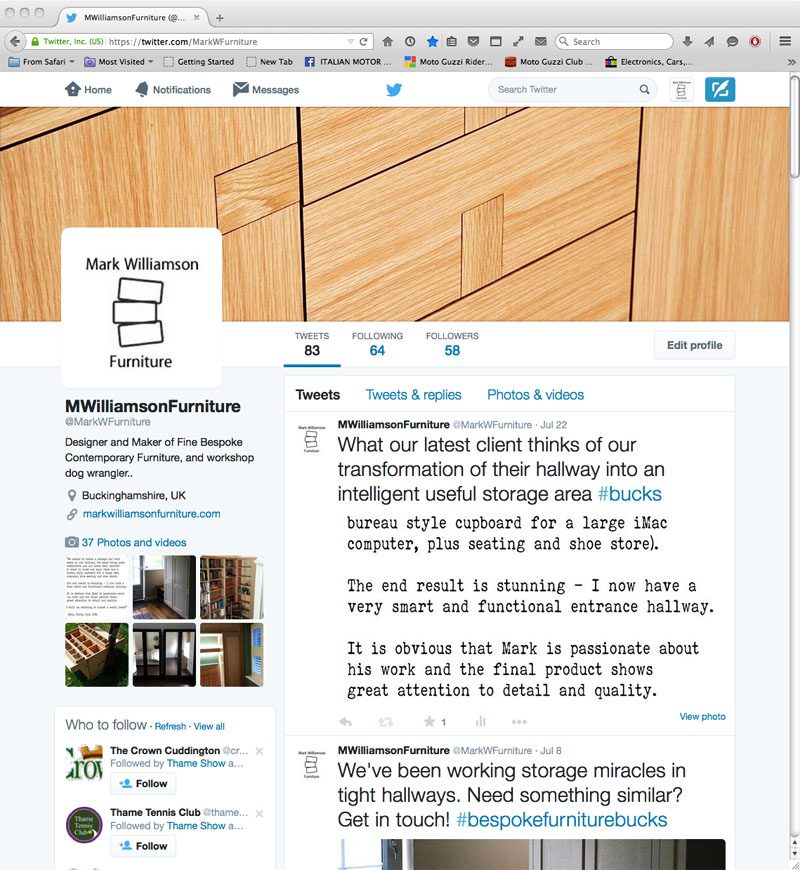 While 90% of the stuff that gets posted onto Twitter is complete junk – self-deluded X Factor dropouts or über-chic supermodels taking ‘selfies’ of themselves in their ‘onesies’, we think that for business and customer interaction, Twitter can actually work very well. That’s because you get a direct, open channel of communication with a company, and it’s in a company’s interest to respond quickly and clearly to any queries, issues, complaints, and of course praise too. And of course Twitter is very useful for PR and self-promotion, as someone such as Justin Bieber knows too well.

So we’re happy to use Twitter in the same way – but don’t be expecting ‘selfies’ of Alfie the workshop hound in his dog bed, or Mark in his ‘onesie’. Now there’s a thought….