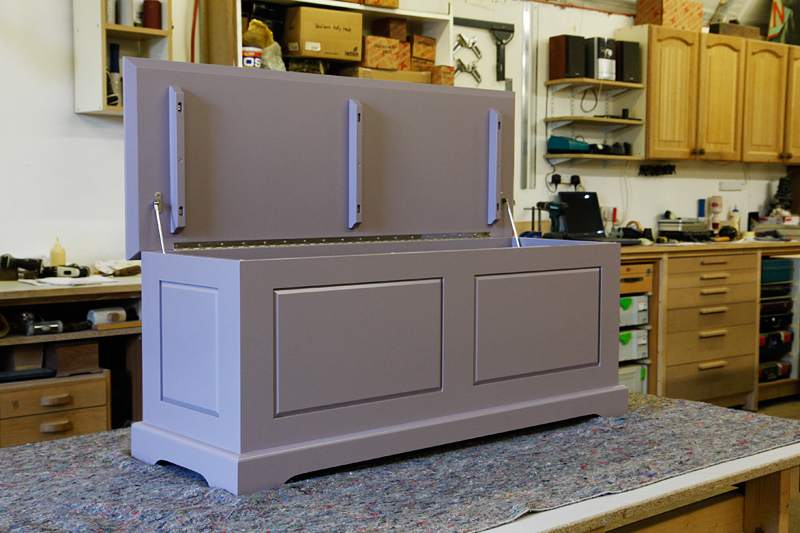 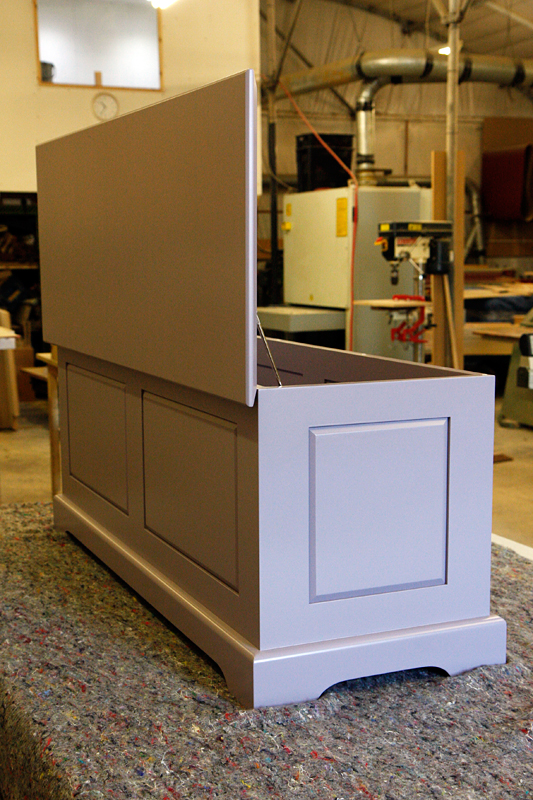 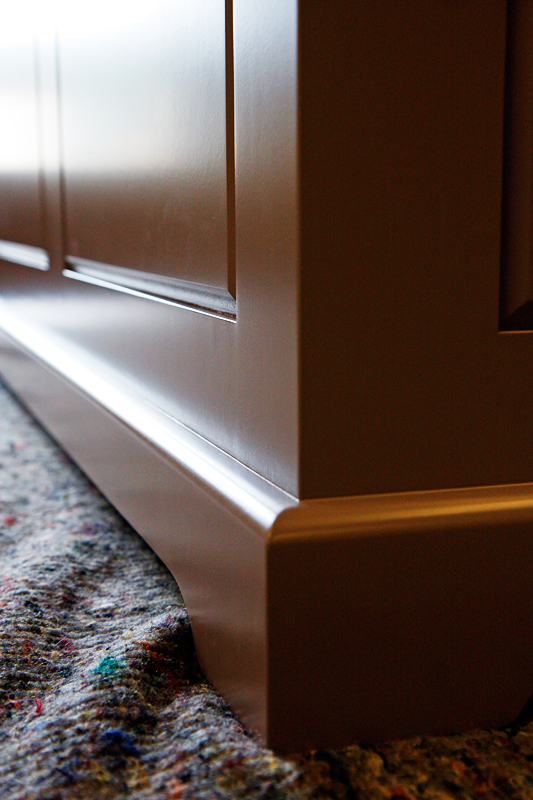 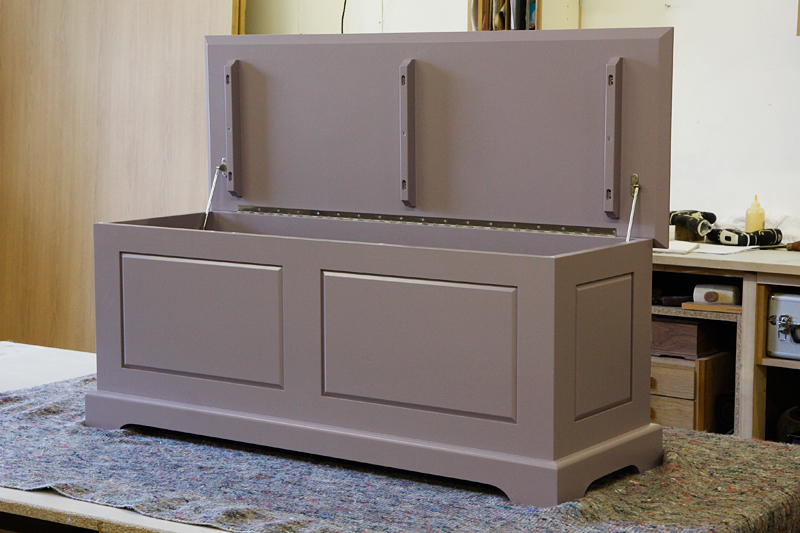 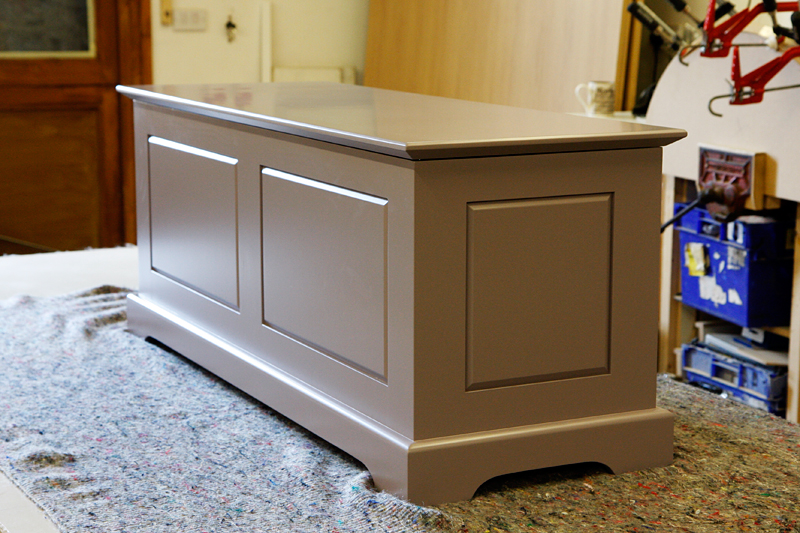 This is our traditionally made blanket box, with a framework in solid maple with mortice and tenon joints. This particular box features panelled sides front and back in 18mm MDF with  a bevelled edge detail to match in with existing furniture. The top is braced in solid Maple with a beveled edge detail. The lid is hinged at back with high quality piano hinge and piston type lid stay, and the solid Maple plinth matches in with the clients’ existing furniture.

Blanket chests were very popular during the 17th to 19th centuries. Over the years, drawers were added to the basic form, increasing the height, and gradually a different piece of furniture evolved called the mule chest. The drawers in a mule chest were used to store slippers called “mules” by the colonists.

The first colonists had no closets in which to store their clothing, blankets, and household linens. Attics were not readily accessible, and cellars were apt to be damp. Thus, the chest came into use.

In its simplest form, the chest was a large wooden box with a hinged lid. Although it functioned primarily as a receptacle for clothes and valuables, it also served as an additional seating place, for chairs were a luxury in most homes. Frequently chests were used for the storage of linens and things, especially those a bride brought to her husband. This is known as the dowry. From this evolved the name “hope” chest, now commonly used.

Early ships’ records show the chests to have been the sole items of furniture accompanying many settlers. It is not surprising, therefore, that the chests built by seventeenth-century joiners in this country were copied from English pieces designed in the prevailing Jacobean style popular in London at that time. As early as 1660, craftsmen in Massachusetts and Connecticut were fashioning paneled and carved oak chests, constructed of wide stiles and rails. These had floating panels with elaborately carved intaglio decorations. Instead of a paneled top in the English fashion, the Colonial chest had a plain pine board top. This unadorned top surface was ideal for seating and did not need cushions thereby making it more functional.

In their crude fashion, these chests were the counterpart of the elaborate coffers, and caskets owned throughout Europe by wealthy families. Many households would not do without one of these blanket chests as few homes had a source of heat within the bedroom. On chilly nights it was convenient to merely go to the end of the bed and extract more bed covers to keep warm on those chilly nights. During warm seasons the blanket chest stored bed covers in a convenient location.